Neue Broschüre: TTIP – Why the world should beware 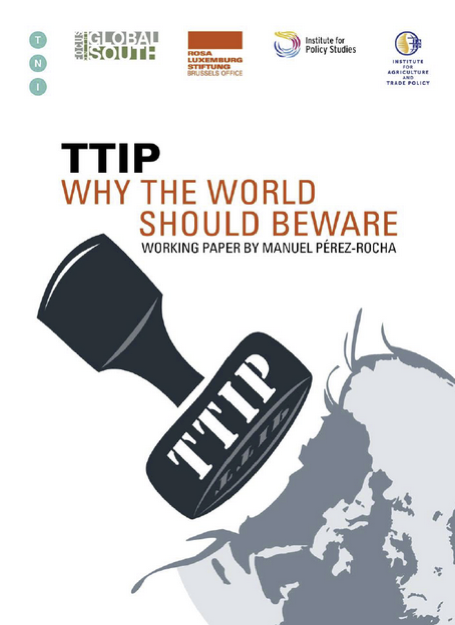 „The trade and investment partnership TTIP, which is currently being negotiated between the EU and the US, will affect the whole world. But the other world regions, like the BRICS or the Global South are being excluded from the trade negotiations and hardly get attention in the debates around TTIP. This trend is shifting today: because TTIP as an “economic Nato” is putting the rise of the BRICS, especially China and Russia, into relation with a looming “descent of Europe”. According to the negotiating partners the economic rise of the BRICS has to be prevented. But at what price?

This booklet delivers facts and arguments why TTIP is threat not only for the EU and the US, but for the whole world. Ultimately TTIP would serve as an instrument to the economic and political elites of the West to maintain their hegemonic power and dominance. The price is to be paid by the people in the Global North as well as in the Global South. This is why this booklet can be read as an appeal to the people of all world regions to fight against this agreement and to support initiatives for alternative trade regimes.“