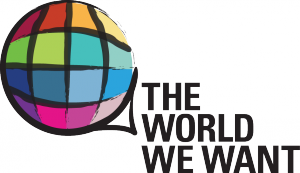 we, the undersigned organizations, urge the General Assembly’s Open Working Group on the Sustainable Development Goals to explicitly affirm its commitment to protect and promote the human right to water and sanitation within the SDG framework and implementation. We join the repeated and insistent calls from civil society around the world to ensure that the SDGs are explicitly aligned to the human rights framework.

Many of us have actively engaged in the Rio+20 process and have carefully followed and advocated in the General Assembly’s Open Working Group on the Sustainable Development Goals since March 2013. We are deeply troubled that despite our clear and urgent call in May 2014 the Zero Draft (June 2, 2014) has failed to include an explicit reference to the human right to water and sanitation.

For the post-2015 development agenda to reach its objective of being just, people-centered and sustainable, the goals must prioritize—for present and future generations—the human right to water for health, life, food, and culture over other demands on water resources. This is even more critical given the key role of water for achieving other sustainable development objectives such as sustainable energy and food production, gender equality, and climate change mitigation.

The SDGs must be designed to catalyze increased capacity and political will for States to fulfill their legally binding obligations to respect, protect and promote the human right to water and sanitation. In 2010, the UN General Assembly recognized “the right to safe and clean drinking water and sanitation as a human right that is essential for the full enjoyment of life and all human rights.” (Resolution 64/292, para. 1). This important recognition by UN Member States ratified existing international law at the time as interpreted by the UN treaty bodies.

The Convention on the Elimination of All Forms of Discrimination Against Women provides that State parties shall ensure to women the right to “enjoy adequate living conditions, particularly in relation to […] water supply”, (Article 14(2)). The Convention on the Rights of the Child requires parties to combat disease and malnutrition “through the provision of adequate nutritious foods and clean drinking water”, (Article 24(2)). Persuasively, the Committee on Economic, Social and Cultural Rights concluded that the right to water is essential for securing an adequate standard of living and “inextricably related to the right to the highest attainable standard of health” (General Comment No. 15, para. 3).

However, our organizations fear that the human right to water and sanitation continues to be contested within the context of a global competition for scarce water resources. We are concerned that a development agenda that is not explicitly committed to upholding this vital human right may end up undermining it.

A failure to explicitly name this right in the SDG agenda would be a setback in the progress that UN Member States have made in elevating the recognition and protection for this fundamental human right.

We therefore respectfully call on you to show leadership and commitment to the human right to water during the upcoming sessions of the GA’s Open Working Group on the SDGs.

We urge you to insist on a human rights-based approach that:

Thank you for your consideration of this important concern. We look forward to continuing this dialogue during the upcoming 12th session of the Open Working Group.